3D Animation means animating the objects & images that appear in a three dimensional space. In 3D animation, you can moved or rotated the objects like as in reality. By animation, the images or objects are figure out as it is appear that they are moving or rotating. Objects are made with 3D models & it is manipulated within 3D software, then these manipulations appear as it is moving in a 3D digital environment.

3D software. How Is 3D Animation Made

With the growth of digitilization in India, the demand of 3D animation is increasing day by day. If you are interested to do 3D animation, then I would strongly suggest you to join Animation Boom, which is the best & the most demanding animation institute in Delhi for providing animation course in Delhi. They give you 2 free trial classes before admission & also they give practical knowledge to their students instead of batch studies. The faculties of Animation Boom are eminent & permanent with many years of experience in the 3D animation field. For more inquires, contact Mr. Manish @ 9212121496 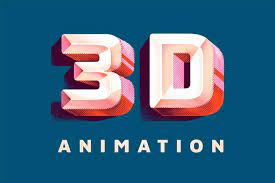 Article Name
3d animation ka pura name
Description
3D software By animation, the images or objects are figure out as it is appear that they are moving or rotating.
Author
manish
Publisher Name
manish vohra
Publisher Logo